"The European Union is the creation of CIA" -- Paul C. Roberts

Part 1:  Britain should leave the EU, an orchestrated CIA creation

This is the first part of an interview Dr. Paul Craig Roberts recently gave to Julian Charles of The Mind Renewed.  The loose transcript of this interview is below.

The CIA created the EU

PCR:  Washington is committed to the EU project because it’s in its own interests. Cameron’s job is to scare people to remain.

Basically, the EU is a creation of the CIA, discovered some years ago by an American professor who came upon archived public documents that had been declassified. It was reported on by the Telegraph in 2000 by Ambrose Pritchard-Evans. The documents show that the CIA did this – organised and lobbied for the creation of the EU first to be a bloc against the Soviets, and second to enable Washington’s control. Controlling all the separate European governments – there are now 28 of them – is too difficult. It’s easier to deal with one bloc.

Washington set the EU up to have a firm hold on its empire. It goes back to the ‘50s – the EU was a creation of the CIA to enhance its empire. If one government holds out when making a deal over something, nothing can happen as a group. But Washington only has to deal with one entity if the countries are all dissolved. That’s why it has pushed strongly to put Eastern Europe in the EU and NATO, too.

JC:  Patrick Wood in his book ‘Technocracy Rising’ talks about the work of the Trilaterial Commission. In this book he quotes a private conversation with David Rockefeller who said, ‘Back in the early 70s, the hope for a united Europe was already full blown thanks in many ways to the individual energies previously spent by so many of the Trilateral Commission’s earliest members’.

PCR: The EU is an American creation orchestrated through European individuals under certain pretexts which gave them cover. It was all done in stages but it’s all the work of the CIA essentially. And we have to remember that it’s what the CIA documents have said themselves, not the people bringing them to light. 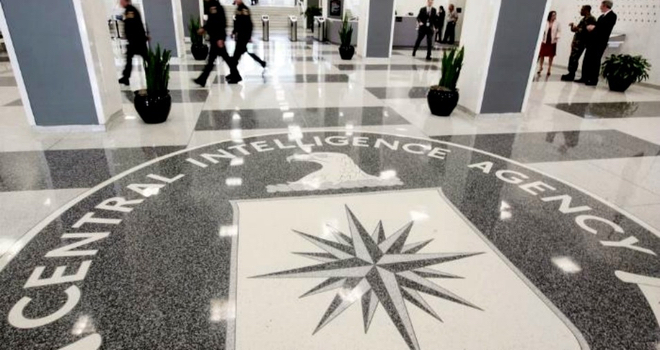 JC:  A CIA memo of June 11, 1965 to the vice-president president of the EEC, Robert Marjolin, said to pursue monetary union by stealth and to suppress all debate until the adoption of all such proposals would become virtually inescapable.

PCR: These CIA documents are publicly available and can be checked through the National Archives.

JC: The American Committee for a United Europe created in 1948 was full of intelligence people – it was headed by William J. Donovan who had been head of the forerunner of the CIA, the Vice-Chairman was Allen Dulles and the board included the CIA’s first director and a roster of other CIA members.

PCR: It succeeded because America is firmly in control of Europe – its foreign policy, its economic policy, whatever the various elected presidents say or don’t say, or any forced retractions. Cameron has been told by Obama to deep-six the British exit from the EU. Cameron is a puppet of Washington like all British PMs. You can’t put British interests ahead of American ones – it’s not allowed.

So the leaders go to the people and tell them that the UK will lose its influence if it leaves the EU – they’ll become Little England.

JC: The UK government has spent 9 million pounds on a glossy leaflet to persuade people to vote for staying in. It claims the UK has special status in the EU, that we can control our borders and keep the pound, that there will be tough new restrictions on access to welfare, and there’s a commitment to reduce EU red tape. Do you believe that ?

PCR: No. When the issue of the EU comes up, the UK government always says we’re negotiating special conditions in order to stay in. They mix reassurance of a special deal with fear, that we’ll be ruined if we leave.

In a certain respect, the UK isn’t in the EU because it’s still got its own currency, the pound, unlike countries such as Spain, Greece, Portugal and Italy. So that means you have your own central bank, that you can simply print pounds to get out of financial trouble and you don’t need to rely on private banks. But countries that rely on the Euro can’t do this because they can’t print euros. They don’t have their own money-creating central bank. Only the ECB can print euros and it’s controlled by Germany more or less, but not by other member countries. And this is run by former Goldman Sachs’ executives, the same people who run the Federal Reserve and US Treasury. They also run the ECB! ...